skip to main | skip to sidebar

OK, Second try today. I will try to get postings more often than 3 years apart. Been a little busy trying to finish my degree and retire, but I finally did it. Now I can get up to speed on the Blog thing. Off to a long awaited vacation up to Vancouver then back to start up with my new retiement job, getting my master's degree. I will be working with a very energetic professor who is doing research on the feasability of growing algae for bio-diesel production. you can read about it at http://calpolynews.calpoly.edu/magazine/Spring-09/algae.html . I going to stop now while I'm ahead and publish this.
Posted by Gil at 4:19 PM 4 comments:

Keep on Keeping on

Well one of the reasons I haven’t been blogging too much is that it has been frustrating. I would compose some entire musings and then poof it woul d be gone. Drat. So I got smart(ha ha) and started to compose my thoughts on MS Word so I could save, stop, continue , edit or whatever and just save it. Then when I am ready to publish on the blog I cut and paste. What a concept! Sure save s a lot of wracked nerves. Now if I could only master the picture thing. Oh well one thing at a time… I ‘m glad I got this far.
Posted by Gil at 11:08 AM 17 comments:

I figure this is a good way to get back into the blogosphere. It’s been awhile for me, but here goes….

It’s that time of the year when outdoor chores are winding down and we get ready for “indoor season”, the holidays and such. For me, it is getting back into classes and setting up the “dia de los muertes” Altar. It has been a tradition for us for several years to set up remembrances of family, friends and even pets that have gone on to the other side. I remember reading somewhere that as long as you keep on remembering those that have passed, that their spirit will keep on living. In keeping with this thought, our tradition is to set an altar or two so that their spirits live on. One of my cousins, Beatrice http://www.papelpicado.net/index.html, has also carried on the tradition by making paper cut outs by hand to be used for decorating. This tradition of setting up altars has gone on for many years and is celebrated on Oct 31 and Nov 1 in Mexico. Some of my earliest memories of Pablo were visiting his home and recall seeing an altar set up in the house. Here are some of the recent altars we have set up here at Rancho Relaxo… 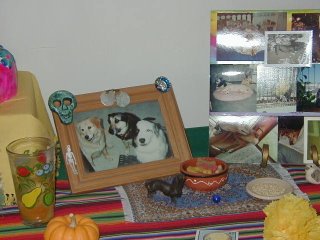 Some of departed "family".

One of our earlier altars. 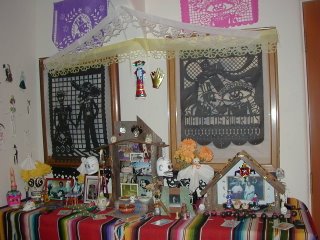 Getting back in the groove

Back from Baja, too wet to go to San Felipe so just hung out in Ensenada. Anyway back to board meetings and getting the rental cleaned up. Here are some pics to share of the board room. 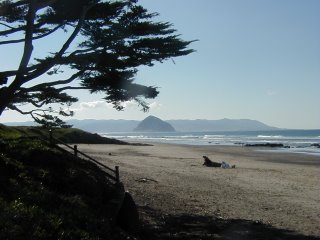 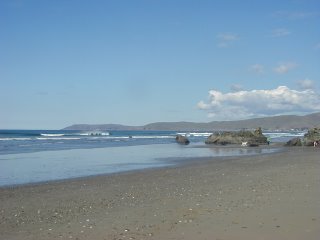 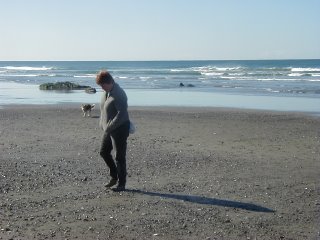 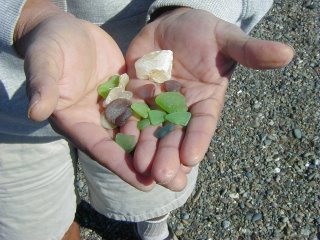 Where does all the time go? Just when you think you have all the ends together....
Anyway here's a brief update and hopefully the details will follow.

I'm heading down to Ensenada & San Felipe tonite. Going down for the races, a guys trip.
Our tenant of thirteen yers passed away at the begining of February and we are scrambling to clean up my mom's house and get that rented as soon as possible.
We did manage to get a camping trip sandwiched in to Lake San Antonio (pics to follow)just overnite since we couldn't get away for our Arizona Trip this year.
My side work has taken me on two trips to the Central Valley of California over the past month ( 400 miles driven each trip).

But.. we have managed to get at least a weekly board meeting in. Current agenda seems to dwell on how retirement is going to affect us. W e do have plenty of options and that is good.


Anyway I thought I'd touch bases with everyone in the family, glad to see alll the new additions to blogland.


Whew! This is little brother signing out for now.
Posted by Gil at 11:26 AM 4 comments:

From all of us here at Rancho Relaxo to all our family and friends, 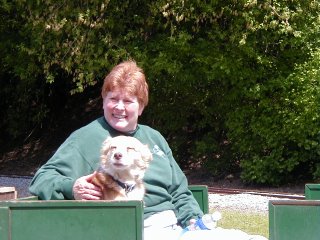 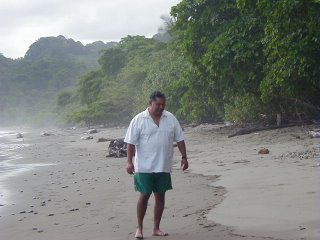 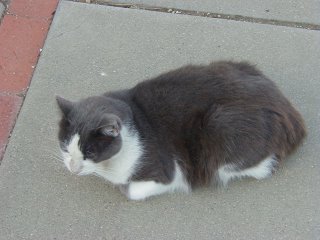 Have A wonderful Day! 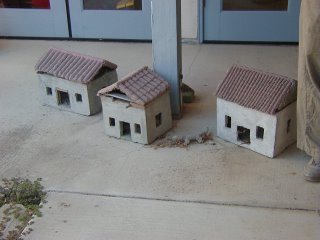 I have been reading Dennis’s blog about Pablo Diaz and have recently been inspired by him. I was fortunate enough to acuire from my Uncle Ralph several pieces that were made by Pablo. The first picture is of some houses that he made.


The little critter in front the house is his also. A lizard I think.

There is a birdbath that has a wood like exterior and the legs are branches fashioned out of cement, his favorite medium. I, too, have memories of my grandfather, Pablo. Although I was too young to remember where they lived, I remember that he had a great garden, spoke only Spanish and lived with my Mom’s sister, Berenabe. That’s been pretty hard to understand, but my aunt was married to my grandfather. He was in his late ninties or even 100 years old when I visited him. Here is a picture of thebirdbath: 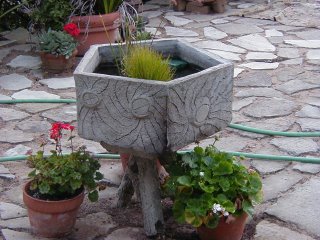 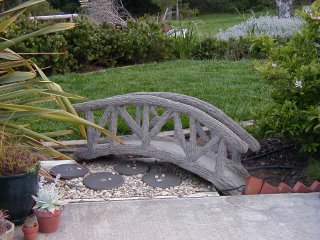 The most cherished of the pieces of art from Pablo is the Bridge. I believe it is the same one in the picture that Dennis refers to where Sandy is posing when she is young. My Uncle Ralph promised me the Bridge and said I could have it when he died. I remember it at his house in San Gabriel across from San Gabriel High.

Well, Pablo's inspiration came to me earlier last year. You see I was attempting to finish our front patio and had come to a point where I needed to finish with the benches so that the stucco guy could finish and we could finally enjoy the front patio. Here are before & after photos 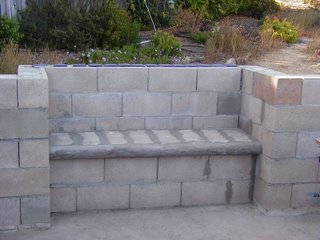 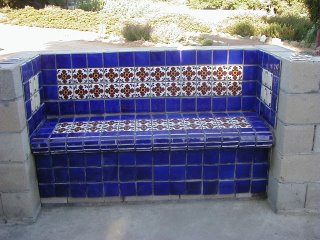 The tricky part and the part where I was inspired by Pablo, was the edge of the front edge of the bench. When we first built the wall with the built in benches, the block wall left flat edges. This would be a challenge to tile to do and look good. I felt as though Pablo was talking to me and explaining how to round it and it would looked better. With his help I was able to work it out and come up with a great solution. So here is a picture of the completed patio which we enjoy. 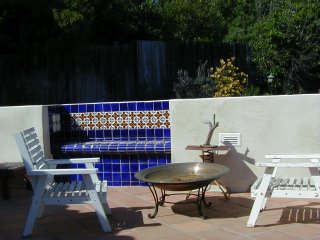 Gil
Central Coast, California, United States
searching soul... somewhere in the middle of my universe...happy to be around